Amazing Pics of the Everest 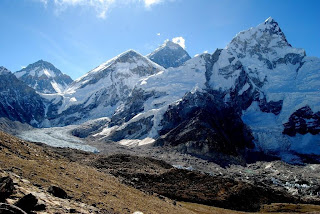 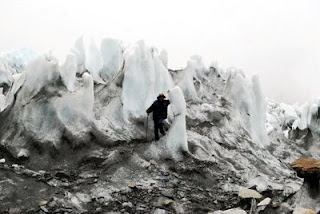 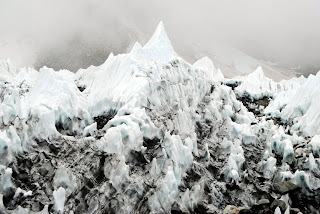 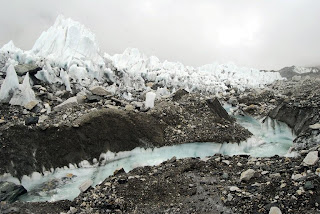 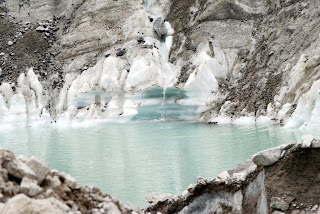 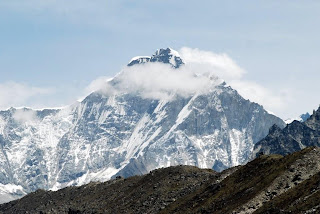 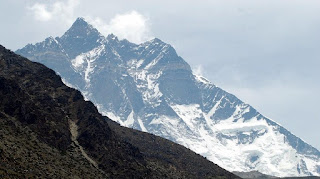 Trek to Bhuvangiri and Yadagirigutta

Wee hours of saturday, 27th of June 2009, the members of hyderabad adventure club 'journeyed' to Bhuvangiri Hills, situated at around 50 kms from hyderabad. First stop was this. Next stop, invariably, in mind was yadagirigutta. All in all 15 people made it to the peak of both the hills. The rest were never there :-). The energy and the synergy made this a memorable one [Read the after thoughts of people, here]. Read on the text describing the events of the day that made people embrace good company of......people.

People were picked up from different points of scheduled route of the excursion. Travel time to Bhuvangiri? 45 minutes. What did we do on the way? Talk and talk and talk. We reached somewhere close to 0715hrs. It was time we had our breakfast before moving on for the trek. Breakfast time had a little surprise. Introductions. People, introduced themselves to others. Good to have people from different fields of profession. The breakfast was one interesting affair. The sound decibels raised by this group would have raised the eyebrows of the hotel guys who served. Hmmm. a noisy morning to start with.

We reached the foot of the hill and the group began its ascend. As we moved up, the wind hit our face. A cool breeze in the early morning with the clouds 'clouding' the sun made the environment perfect for an adventure, a tireless adventure. The weather helped us till we made it to the top. The sun rays made ways through clouds. Thats an image, i believe, one would love to see from the hill top. The clouds shadowed the surface. The adventure was quite adventurous, one of 'em trying to imitate spiderman. Hmm. he couldn't use his web! Not a great height.
We spent quite some time at the top. It was time to get on and move to the next stop for 'the climb'. Yadagirigutta.

Yadagirigutta, at first sight, seems quite easy owing to its i-can-climb-that-hill look. What adds to the climbing task is the presence of lot of rocks and unlike Bhuvangiri they are not meant to be an easy walk, relatively. The hills offer some difficult path for the out-of-the-path-trying people. People chose different routes to make it to the topmost point of the hill. With frequent stops made, water gulped and foods munched on the way. The sun was coming out. The one thing that trekkers usually do not like when they are trekking is the sunshine. What's more annoying? The afternoon time but that's inevitable. We had the wind in the morning and the sun now for the rest of the day. A good trek that took a good amount of time. One observation was that people were quite happy with the difficulty the hills offered. Why do i say this? When people got down and looked back at the hills, they were elated. What made me happy was the frozen water in the bottle.

It was time for lunch. We had our stop near the temple area, at one of the restaurants. After the food was done, few wished to visit the temple and went ahead and few who didn't went ahead as well.

We still had time to make it to a place where people could sit down and talk, something like a park and it was decided, i don't know who did but eventually there was an agreement on visiting the deer park, shameerpet. I knew it only when we reached there. The deers were shy [thats what i always think of animals who run away] albeit they offered few glimpses to our waiting fellow photographers. We were taken into the park, which i was told, was not usually allowed to people after a particular time but thanks to Mr. Ranjan Sood who arranged a visit inside for the benefit of the group. After having a round in the park, we gathered at a point and sat down for a talk- on the experience of the days' outing of the group in the hills. People shared their candid thoughts and shared humor.

The final stop for any day long excursion has to be a tea shop or any decent restaurant that offers decent tea. Sorry! for coffee lovers its coffer shop. A quick 10 minute stop and it was time to head back to hyderabad.

All in all, a good trek with fantastic people who shared a common thought for the day - 'Have fun. You have worked for 5 straight days. Tomorrow i.e Sunday, you can give loud cries when your muscles ache'.
0 comments
Labels: Bhuvangiri Hills., Hyderabad adventurers, Yadagrigutta
Newer Posts Older Posts Home
Subscribe to: Posts (Atom)