An evening with Raghu Ram 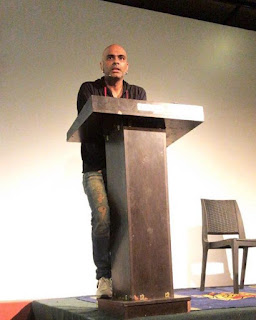 Raghu shared his journey from his childhood, youth, a long stint with MTV Roadies, His life experiences with different creative works and His campaigning to support honest politics. 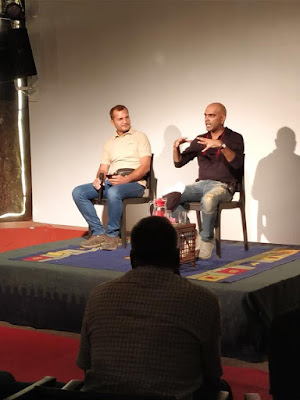 Raghu showed up in his deep authenticity, he was vulnerable and humble. He shared his childhood story and his frustration for being bullied in school and why bullying of any kind frustrates him so much that it has become a reason for his fight for supporting the weak, innocent and honest.

He is a intuitive and creative person who follows his heart in whatever he does. His yearning to find a personal meaning made him explore many different creative projects where he experimented with failure and discovered a strength. He has the tenacity to take up life as it comes and most of the successes he had was when he went with the flow of life and accepted what came his way courageously.
His strength to take up challenges and face many hurdles has taught him about persevering through action and not focus too much on results. 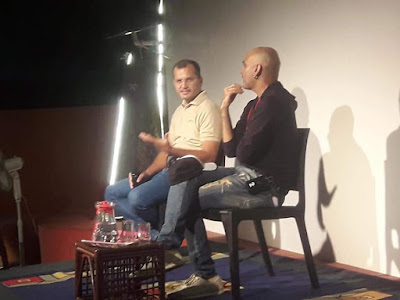 From bringing creativity in TV, to acting in movies, making music, campaigning in every nook in corner to support a party he considers honest. He had his fair share of failures and successes.

He was known for being rude and mean on MTV Roadies, However off the screen he is a kind gentleman.

His action oriented approach of following his heart and celebrating failure was a learning and inspiration for all in the audience.