An evening with Ranvijay Singh

An evening with Ranvijay Singh

It was meet-up with a difference. When Diyanat Ali the Foudner of GHAC (Great Hyderabad Adventure Club) posted a meet-up with Rannvijay Singh of MTV Roadies fame, many within GHAC and many others outside were wondering what it had to do with adventure.

Those doubts were soon dispelled and in no time GHAC members and fans of MTV Roadies, RSVPed for the meetup on Monday, March 28th. So the event, ‘An evening with Ranvijay Singh of MTV Roadies’ had 150 GHAC folks attending with their guests at the venue, Lamakaan. 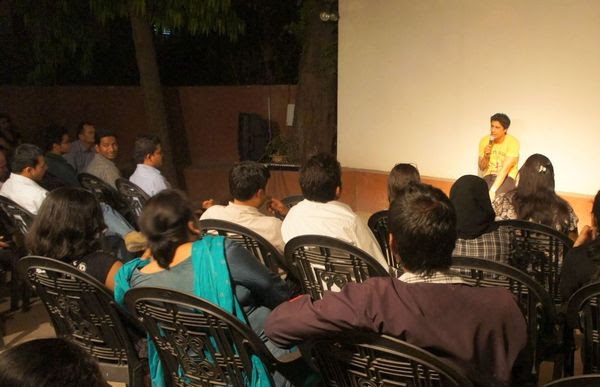 That dream came true with Ranvijay Singh right in front of them ‘Live’ for more than 2 hours of the prime time Monday evening with them. The best seats or let me put them this way, the closest ones to him were occupied by girls, while the young men kept a distance till he started to talk. Belying everyone's expectations, Ranvijay arrived with a clean shave look, leaving behind his stub in Ooty, taking a break from a movie shoot, and looked fresh and relaxed.
The evening started with an intro about Rannvijay by Diyanat Ali, GHAC host cum meet-up moderator. Many in the audience already knew Rannvijay well since the days when he had won the 1st MTV Roadies series. Sitting against the white projection wall of Lamkaan, Ranvijay bowled the pretty maidens in the audience with his looks and also spoke in a friendly non-scripted spontaneous style.

He was quizzed mostly by the girls present, and many a times, he had to request for the mike to be passed on to the guys too. With the answers came his enchanting smile and the one-liners, breaking all who followed him into multiple laughs. Apart from the questions on his looks, experience in the Roadies and other MTV reality shows he is hosting, the evening host posed him a question as to what he thinks is the in thing in adventure sports.

Rannvijay was quick to share that bouldering is the happening sport that has caught on with the adventure seekers all over the country. He spotted the boulders forming part of the stage backdrop at Lamakaan, and conveyed to the audience that climbing them and the bigger ones is indeed a thrilling experience to have. He highlighted the fact that Hyderabad has the geographical advantage of having rocks all around, and one does not need to spend hours looking for them, like other cities. Diyanat added on the news that GHAC has the best of equipment has more than 200 members who do bouldering along with NIM trained trainers.


Watch the Video at https://www.youtube.com/watch?v=LlryxSpd7So

Rannvijay had a ready answer for a question from Diyanat on what he would do on finding an elephant. Rannvijay replied what a nature lover would, “Leave the elephant it the wild, where it belongs to.” Rannvijay shared that he met many youngsters who wanted to be on a reality show to prove themselves and hanging out in coffee shops and hookah bars to be cool. “Smoking hookah and spending hours in coffee shops leads one to nothing and I am concerned about youngsters wasting their youthful time.” he added. 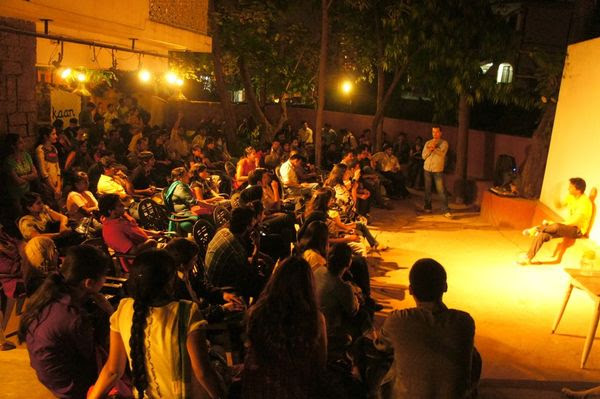 The adventurers attending gave him a huge round of applause when Rannvijay shared his close family connection with Hyderabad, and found the city to be happening and young. This visit to Hyderabad has  happened to him, courtesy Nagesh Kukunoor, who is shooting a new movie, with him in it. 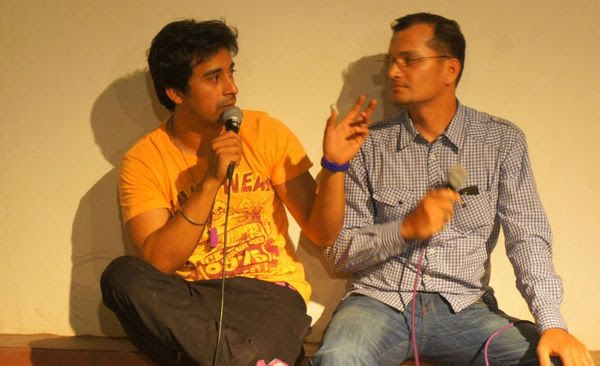 After the talk and answering quizzing questions from the girls about his single relationship status, his craze for bikes and biking, and his acting plans, Ranvijay readily posed for pictures, gave autographs with his charismatic smile. Nagesh Kukunoor and   Elahe were present through the talk and also obliged the attendees with pictures and autographs.

Most of the GHAC adventurers attending were in awe with Rannvijay down to earth attitude and sportiveness to share without airs. His best line was that one needs to get more out of life, by connecting with nature and do what one likes to enjoy.

This was one of those evenings, which will be remembered and cherished by the GHAC members, where they connected moments with Ranvijay, the Roadie, the Reality Shows host, Adventurer biker, Passionate Traveler and now a silver screen Actor.

Diyanat Ali along with the GHAC members present at the meet-up, wished Ranvijay ‘all the best’ for the movie he is acting in and the reality shows he is hosting.
Labels: GHAC, Hyderabad, MTV Roadie, Ranvijay Singh

This is Shaurya from Timberland India. We have been following your blog for some time and we would like to share with you a new activity that we have begun for all the nature lovers and admirers called 'Timberland Trekker's Tales'.

Do check out this link to know more about the activity.

You can spread the message by sharing this on your blog too.